A Big Thanks for the Volunteers of Camborne Town Council 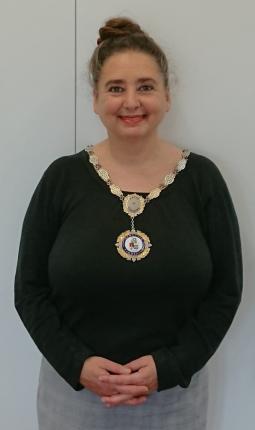 Town Councillors Val Dalley, Zoe Fox, Mike Champion each received a ‘Town Plaque’ in recognition of their long service, each committing over ten years to the voluntary role. Retiring Town Councillor Jeff Collins received recognition for his extraordinary dedication to the role since his initial election in 2003.

‘Camborne Town Councillors work an incredible number of voluntary hours, often along-side family commitments, work or other voluntary commitments. Their passion for Camborne; ensuring they always aim to deliver the best for the communities in our Parish, is hugely admirable and very inspiring.’

Newly elected Mayor of Camborne Cllr Zoe Fox, received the Chains of Office, ensuring she now looks the part for her new role:

‘’I'm very proud and honoured to be elected Mayor of Camborne- I hope this can symbolise new beginnings and a fresh start for our Parish. Good things are on the horizon for Camborne, lots of fresh ideas and lots of opportunity to get involved. If you have a really good idea or a project, get in touch with me directly because I would love to hear from you.”

To contact the Mayor, please email enquiries@camborne-tc.gov.uk or call 01209 612406. Letters are to be posted to Camborne Town Council, The Passmore Edwards Building, The Cross, Cross Street, Camborne, Cornwall, TR14 8HA.