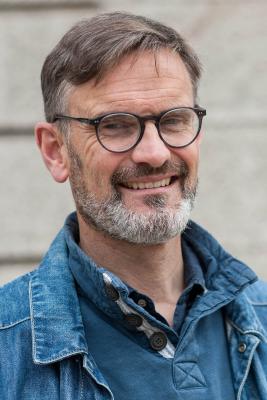 I have had an interest in politics from a young age and have a deep sense of social justice, motivated in part from being born and brought up in a South Wales mining community that was devastated by the coal mine closures in the 1980’s.

Before even leaving university in Swansea in 1997, I had visited Cornwall on several occasions to visit friends. I remember my first impressions on coming to Kambronn/Camborne was how posh it seemed, coming up through Tuckingmill! Later I was also struck by the similarity between South Wales and the Camborne, Pool, Illogan and Redruth area, in terms of the mining heritage, chapels, choirs and culture. In many ways this area seemed like a home from home. I have lived in many different places in Cornwall, but have lived in Camborne since 2011, and is the place where I have felt most at home.

As a member of Plaid Cymru as a young teenager I was vaguely aware of Mebyon Kernow - the Party for Cornwall (MK) and so it was only natural for me to join MK when I moved here. I have been a member of MK ever since and represented MK as a youth delegate at many international conferences throughout Europe.

I have stood for MK on several occasions, but the first time I stood as town councillor was in 2021. On Camborne Town Council I am on the amenities committee and the Donald Thomas Centre committee. One of the main reasons I wanted to join these groups is my belief in the importance of community members having free access to amenities that aim to improve health and wellbeing.

I am privileged to work for a Cornish charity and part of my role is supporting people to make positive change in their lives, which sometimes feels more like a ‘calling’ than a career. In my spare time I edit an international magazine and enjoy cycling around the local area and walking in the woods.